If you know children’s mystery series, especially ones that riff on the BBC-loved Sherlock Holmes canon, you know Enola Holmes. She is Sherlock’s younger, brilliant sister.

And she is the creation of an American writer, Nancy Springer. 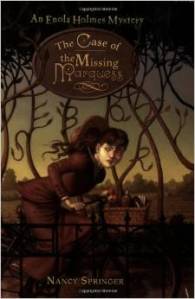 despite the distance he keeps from her. Enola is also the alter ego of young Nancy Springer, originally of New Jersey and Pennsylvania.

She began writing as a young mother and pastor’s wife. Much later she divorced and moved to North Florida with her second husband.

She has said in social media that an alligator keeps her from swimming in her pond, where she  fishes. Sounds just like North Florida to me.

When she spoke in Tallahassee this month, I felt fortunate to have books autographed by her for gifting (not only THE CASE OF THE MISSING 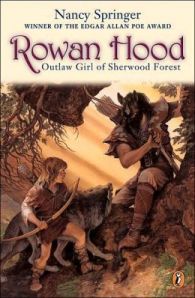 Nancy Springer’s conversation with Tallahassee writers and editors was punctuated with a lot of laughs, due to

her conversational storytelling. Her comments were geared toward those writing suspense for adults. Her new novel

is DARK LIES. Due to the breadth of her life’s work, 50-plus books, & her engaging manner, I scribbled many notes.

“The night shift” is when Nancy Springer writes. This means her mind ruminates as she sleeps. At the start of her

day, she writes before other activities, allowing the fresh night’s thoughts to help her storytelling. She said that she wouldn’t be

effective if she tried to write at night when she is tired out from the day’s events.

She is compelled to create active characters. “Meek, docile characters don’t do anything.”

She advises that a difficult character should always have something to care for, such as a dog.

“Do bad things to your main character. Challenge them with danger, distress, dismay.”

The main character should have memorable quirks.

Be alert to the expectations you set up. “If your reader sees a girl drawing a horse in her class notebook in the beginning,

your story has to have horses in it.”

Once, only once, she outlined a novel. When she was finished with the outline she felt she had finished her interest in the story.

She uses everything she can from real life, in her novels. For example, a narcissistic dance partner she had is the

catalyst for a forthcoming novel’s character. She reads widely in nonfiction, especially quirky nonfiction, and loves to research

She is a fun, irreverent person who loves coloring books as an adult because she was denied them as a

child. And she openly shares that writing as a young mother saved her emotional life. Plus she is a poet,

the author of MUSIC OF THEIR HOOVES: Poems About Horses. 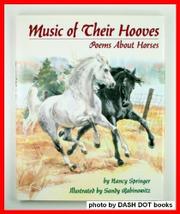 For more on the refreshing Nancy Springer and her many adventures & awards, this should be a good link.

(note: if there are glitches in this or the previous post, I’m working on them. I suspect my mac took a rare-

One thought on “I met Enola Holmes!”